In this small scenario US marines have been warned that the insurgents are sending a column to attack the small force that has landed. A squad in the vanguard have set up in ambush.

The insurgents start off with two pick ups on the table. Reinforcements arrive from turn three, one element per turn diced for randomly.

Their force consisted of 5 groups of 6 men, 5 armed with AK47s and one RPG or RPK.
And a recently liberated government T55!

Click pictures to enlarge, not that good I used my I Phone. 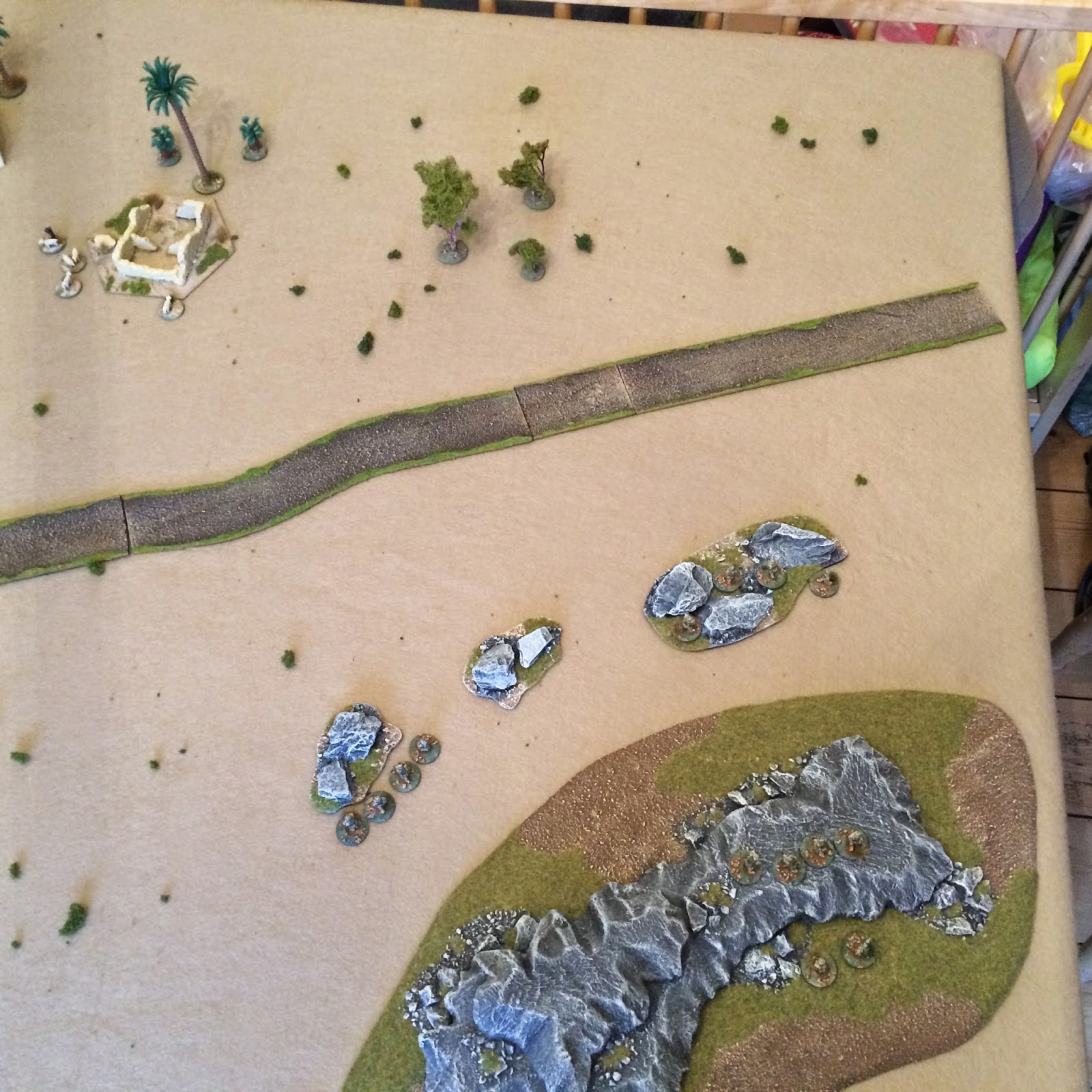 Ambushers are in place. Three fire teams of four plus leader and medic. 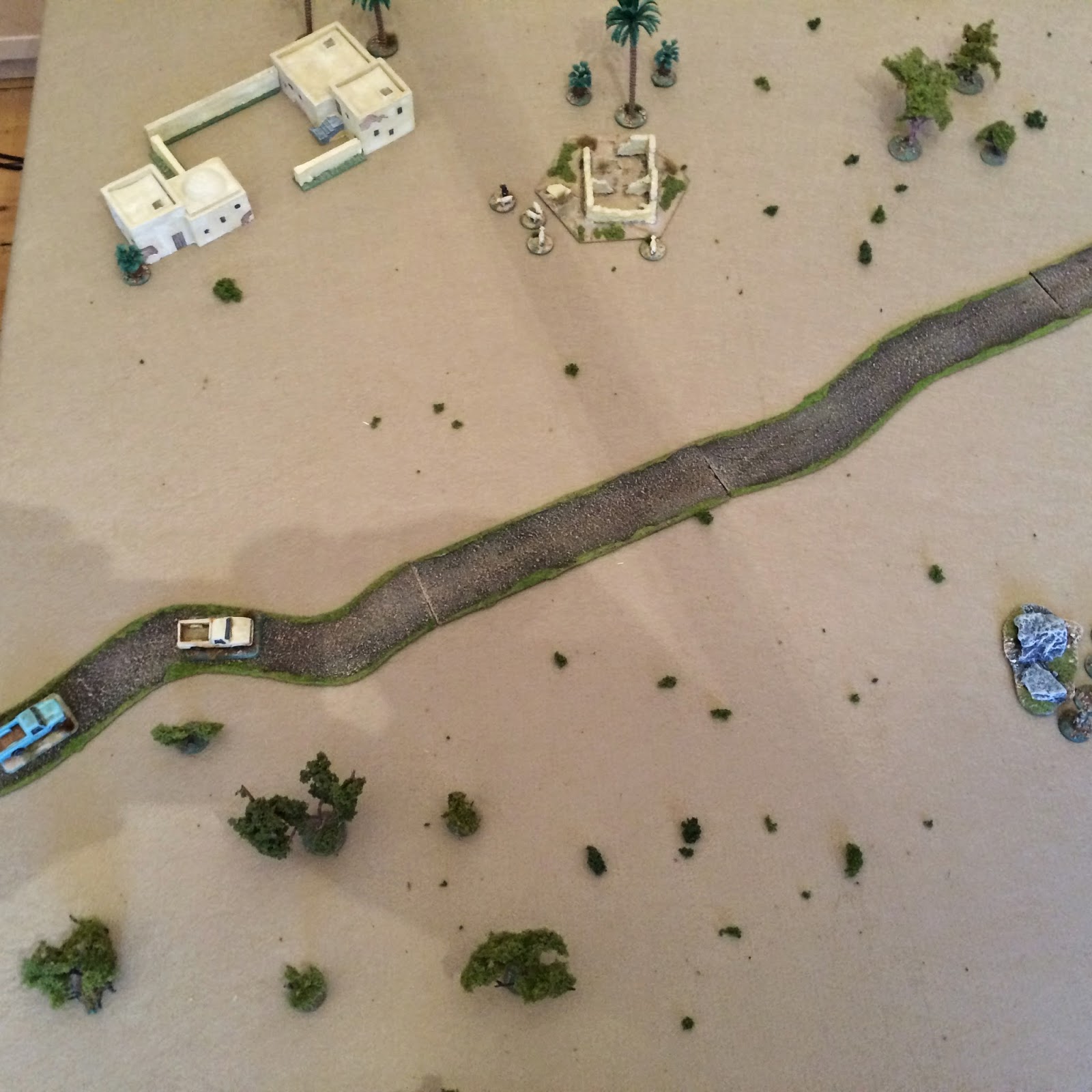 Fire team 3 in the rocks. 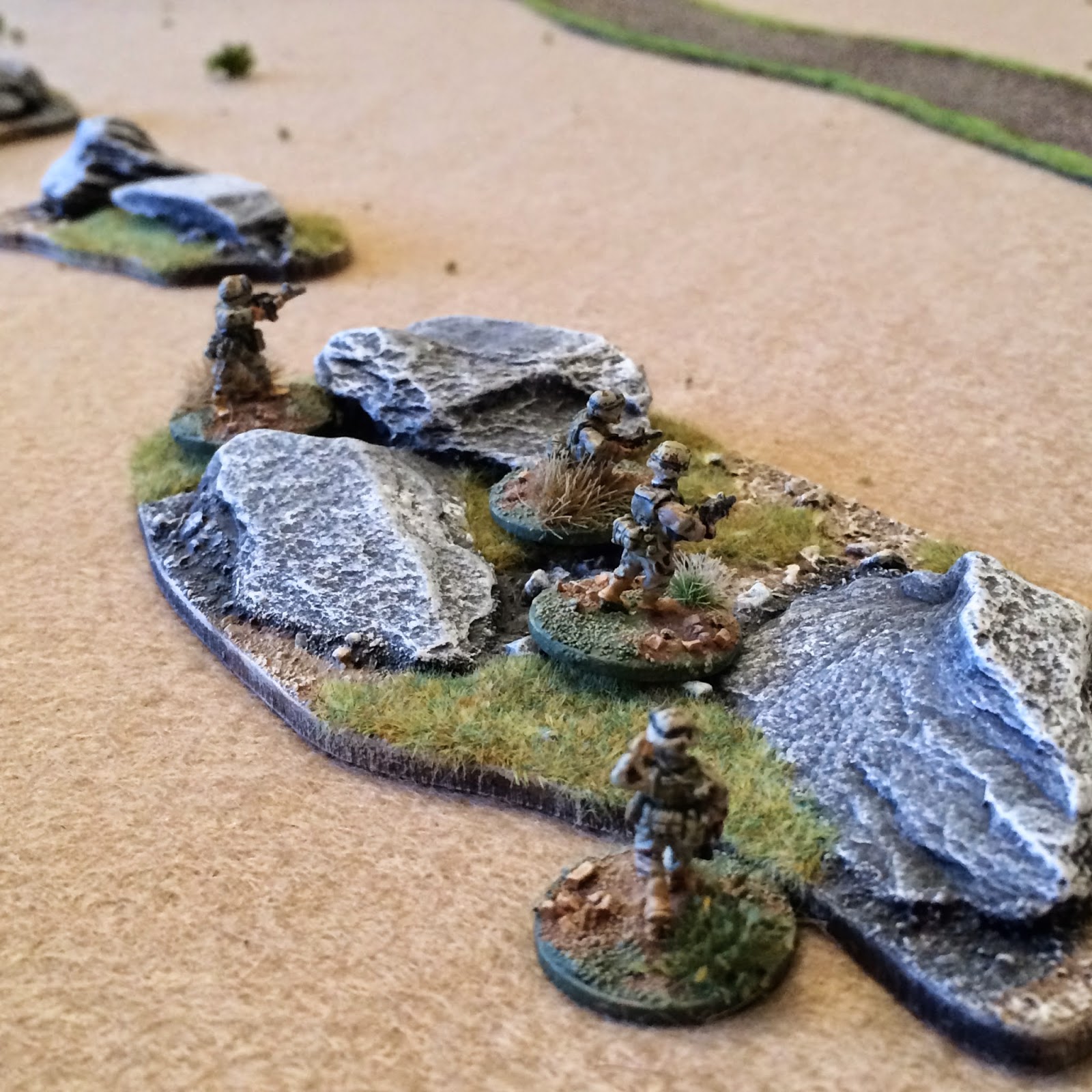 A view down the table. 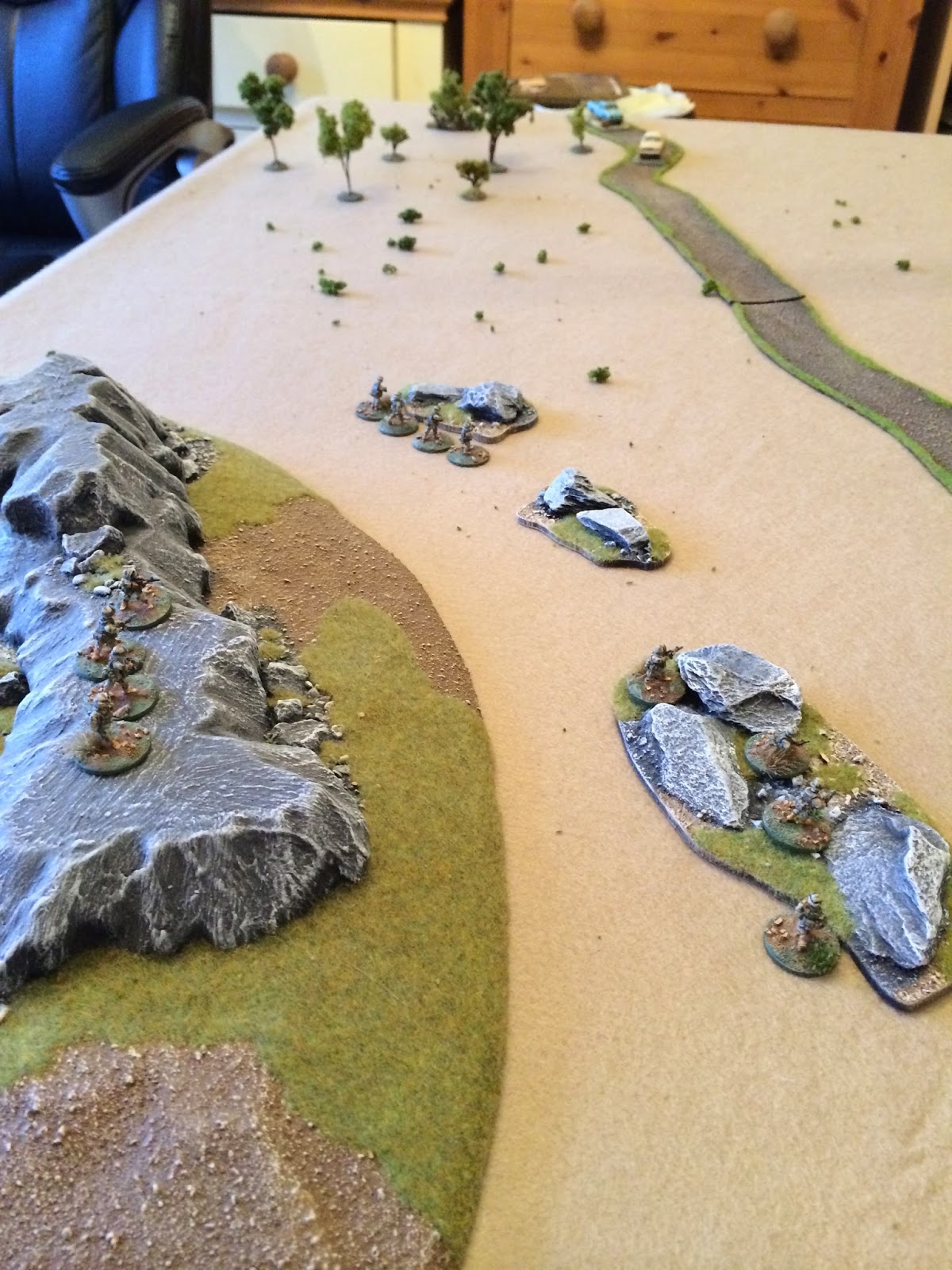 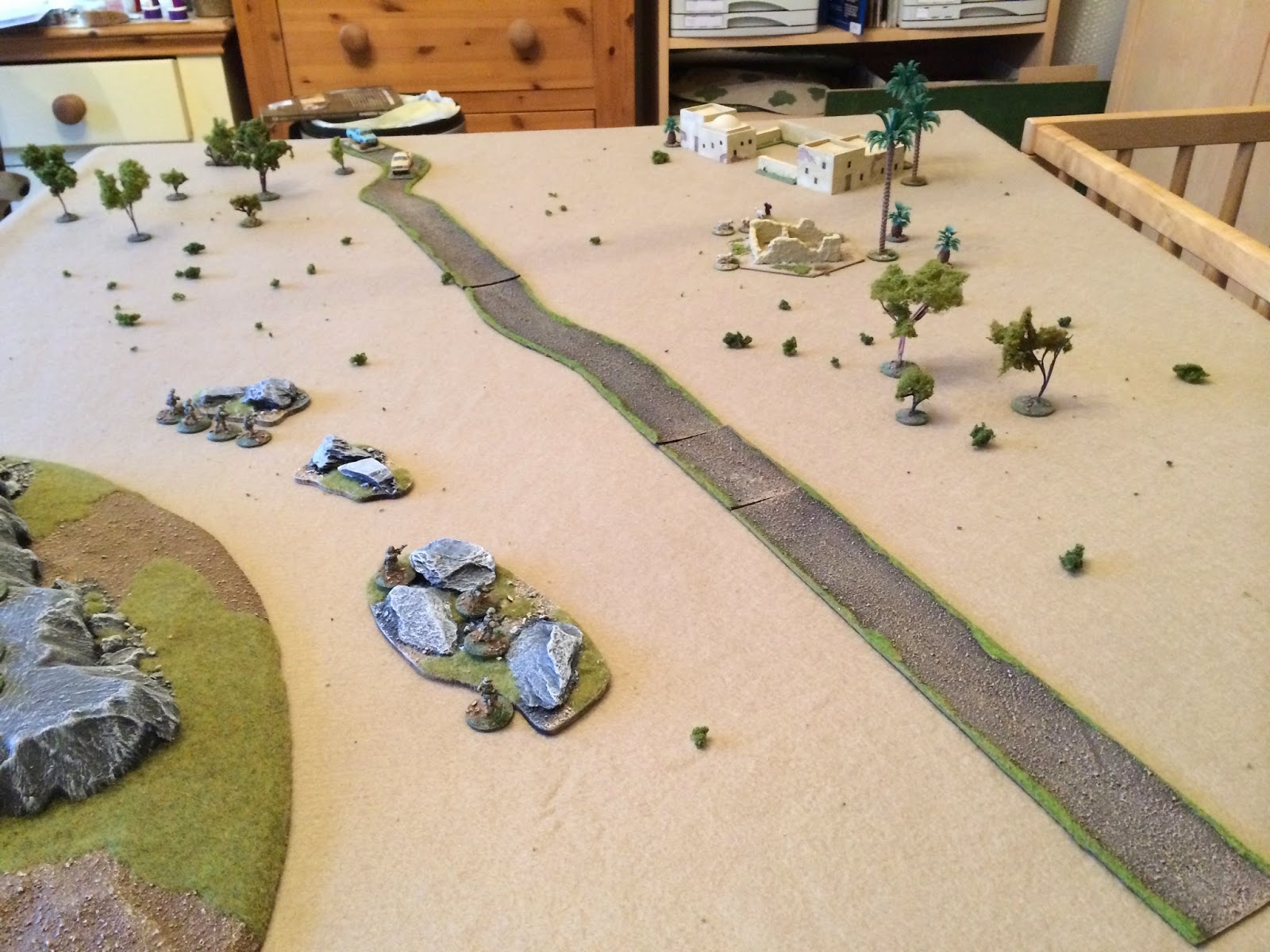 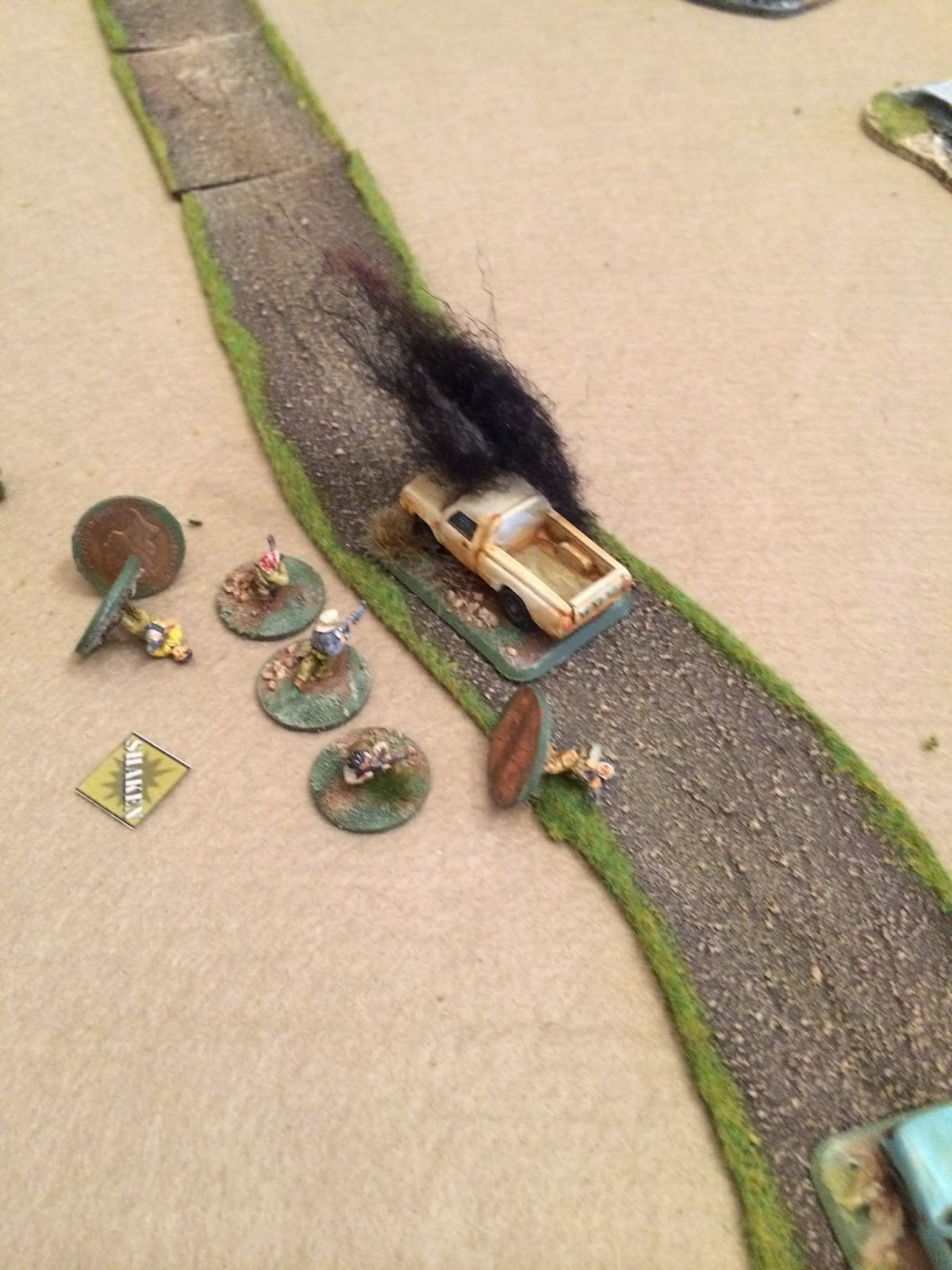 The ambush is sprung, destroying the first pick up. The occupants faired quite well. 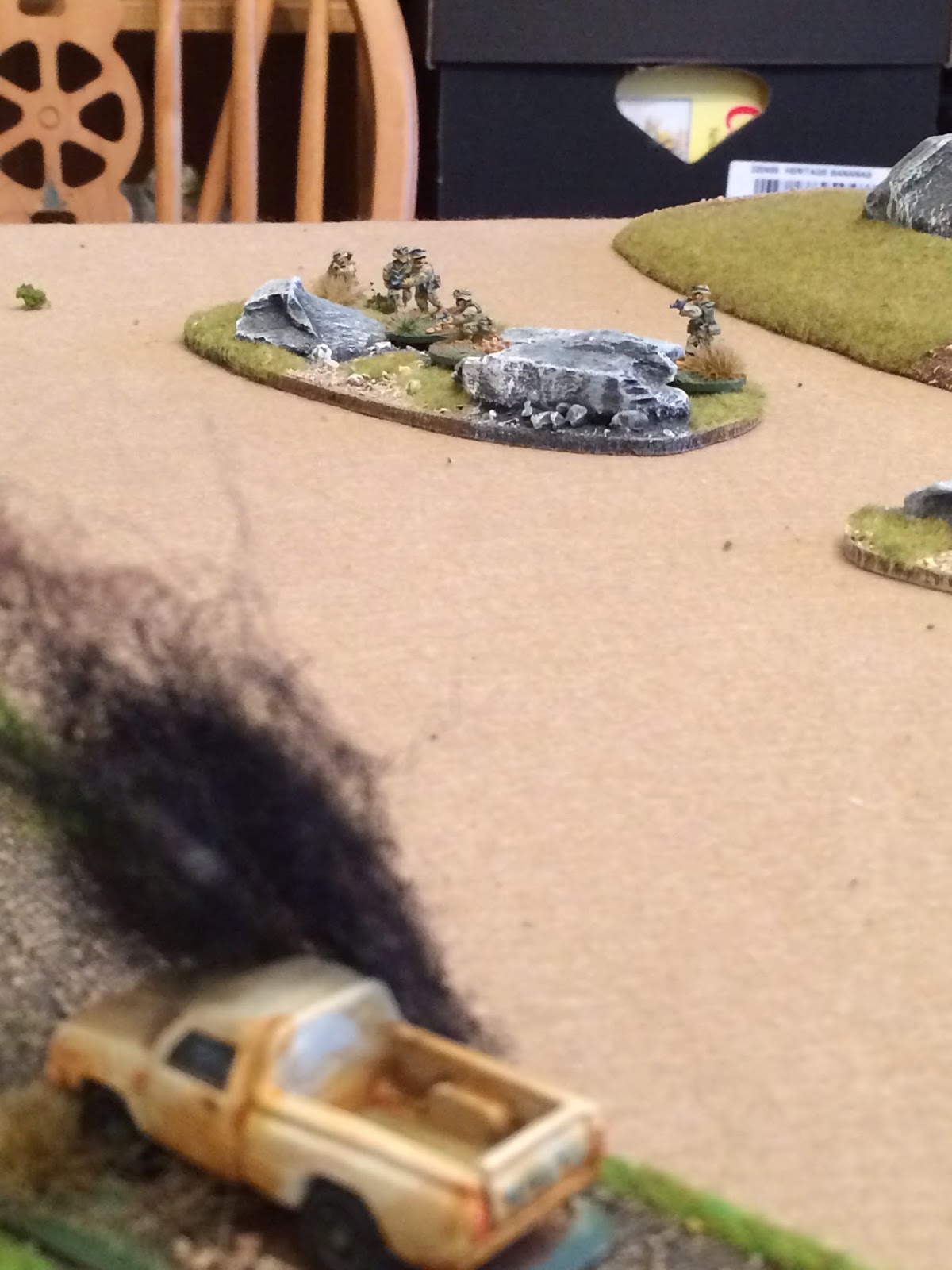 The following pick up screeched to a halt the insurgents leaping from their transport and exchanging fire with the marines. 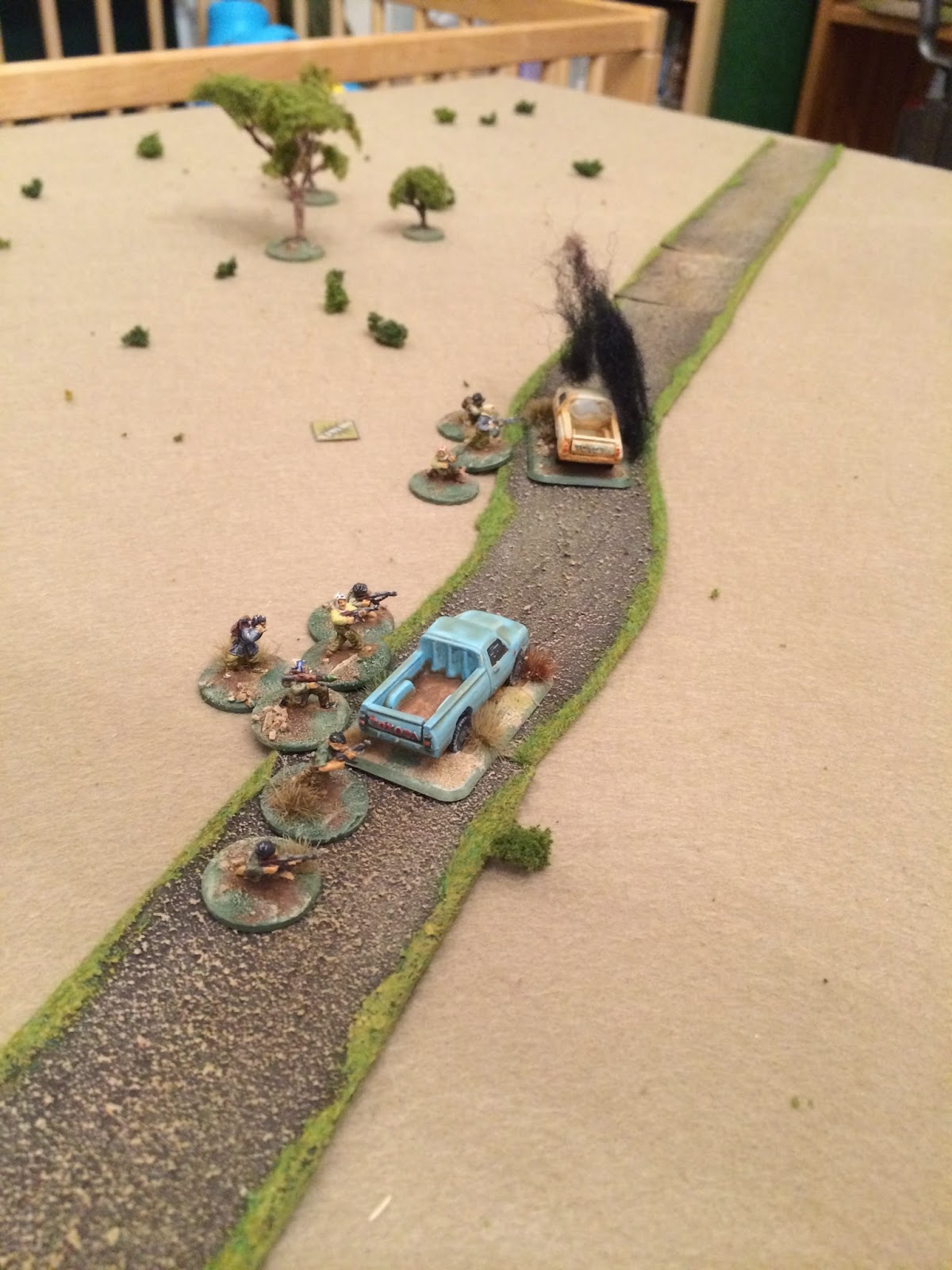 Over the next couple of moves the marines fire team 2 suffer one wounded. 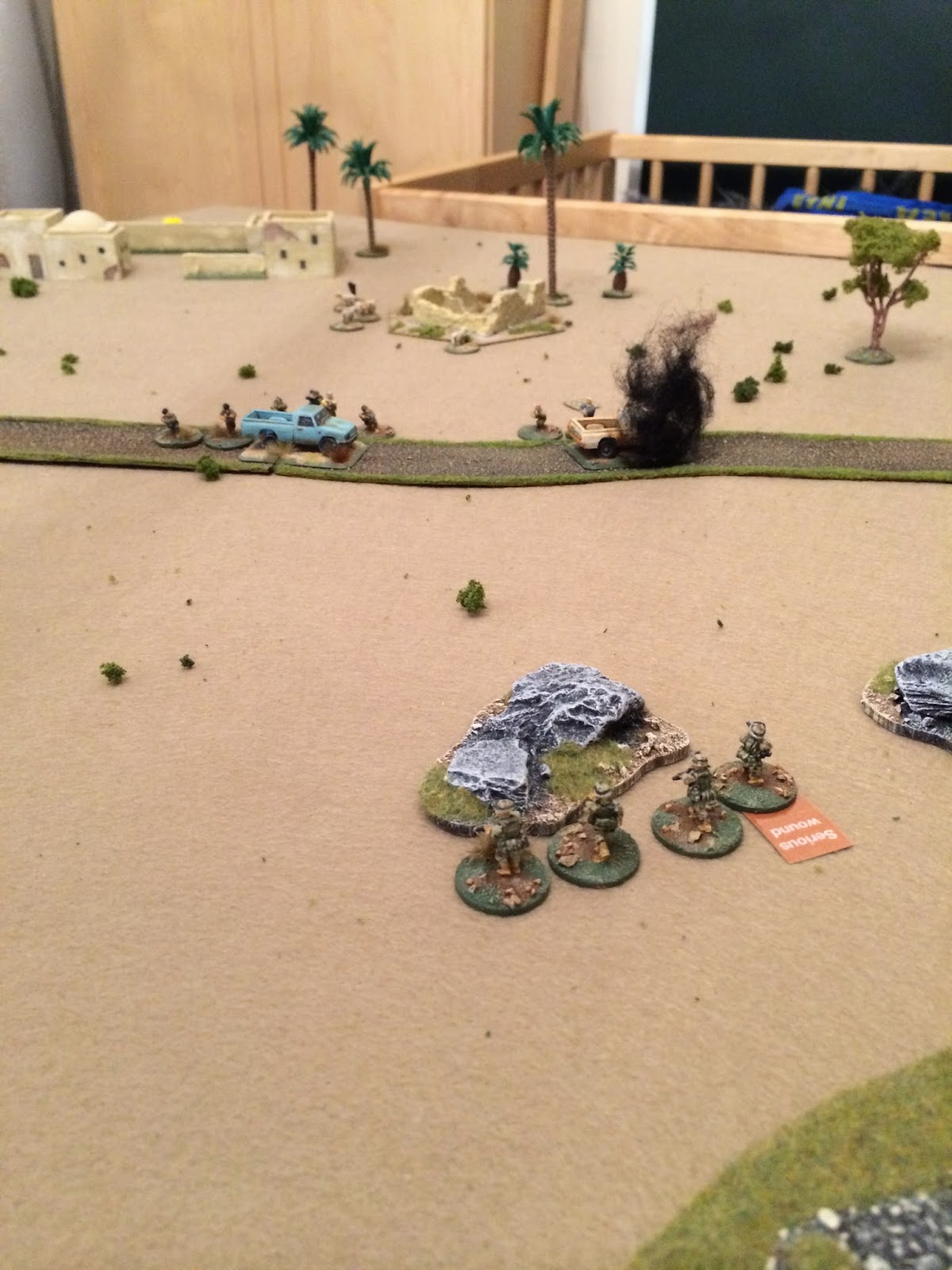 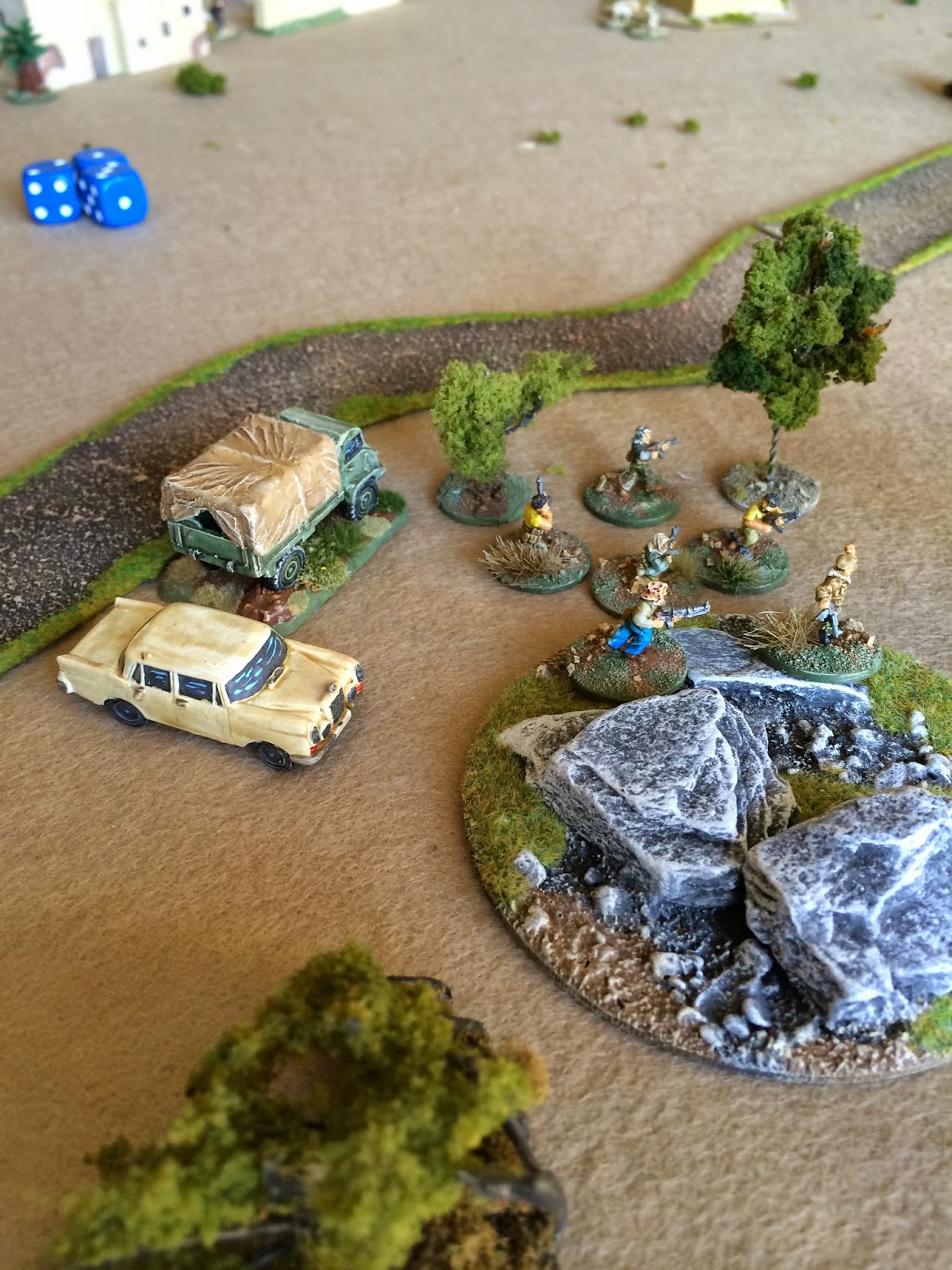 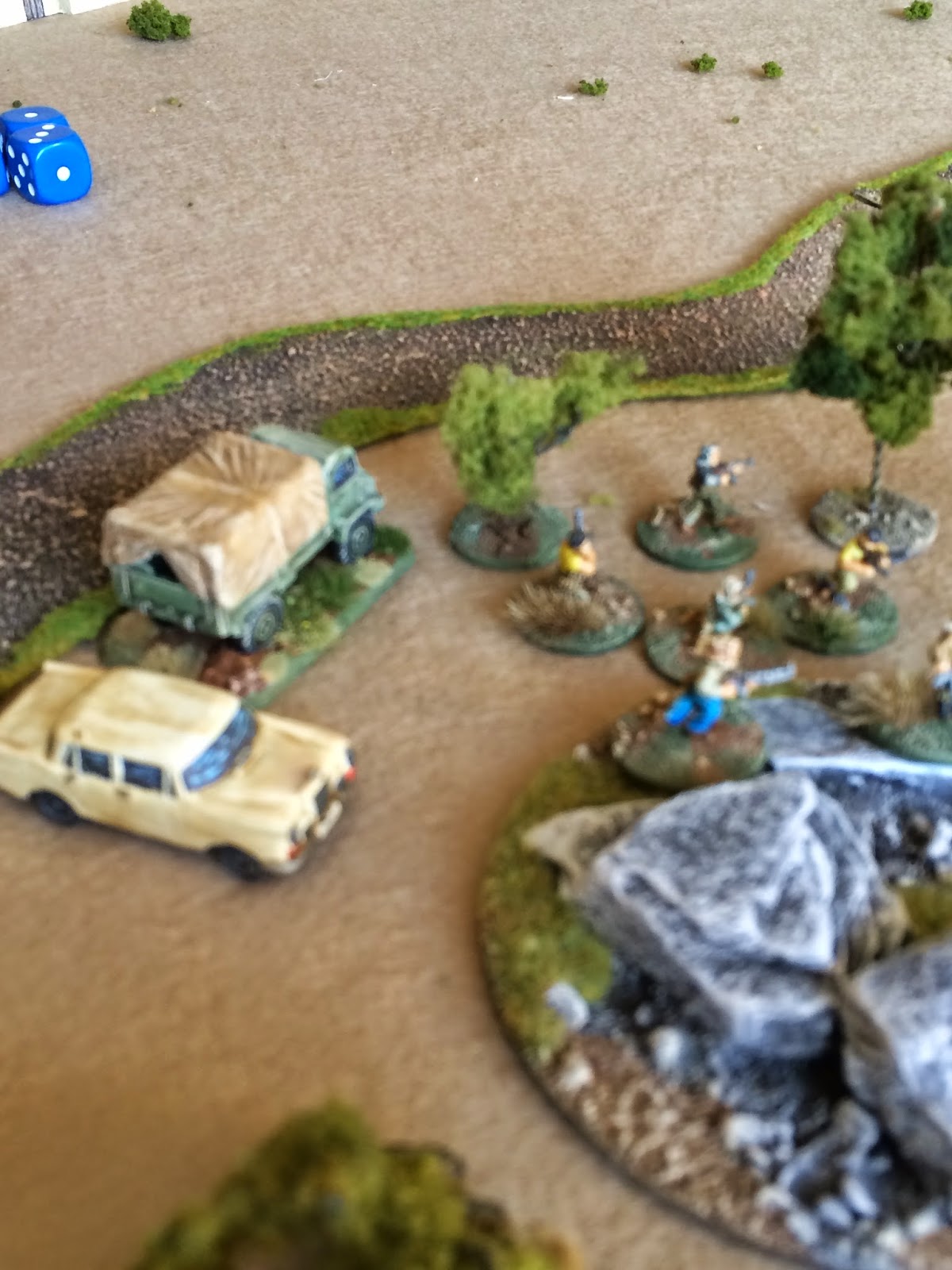 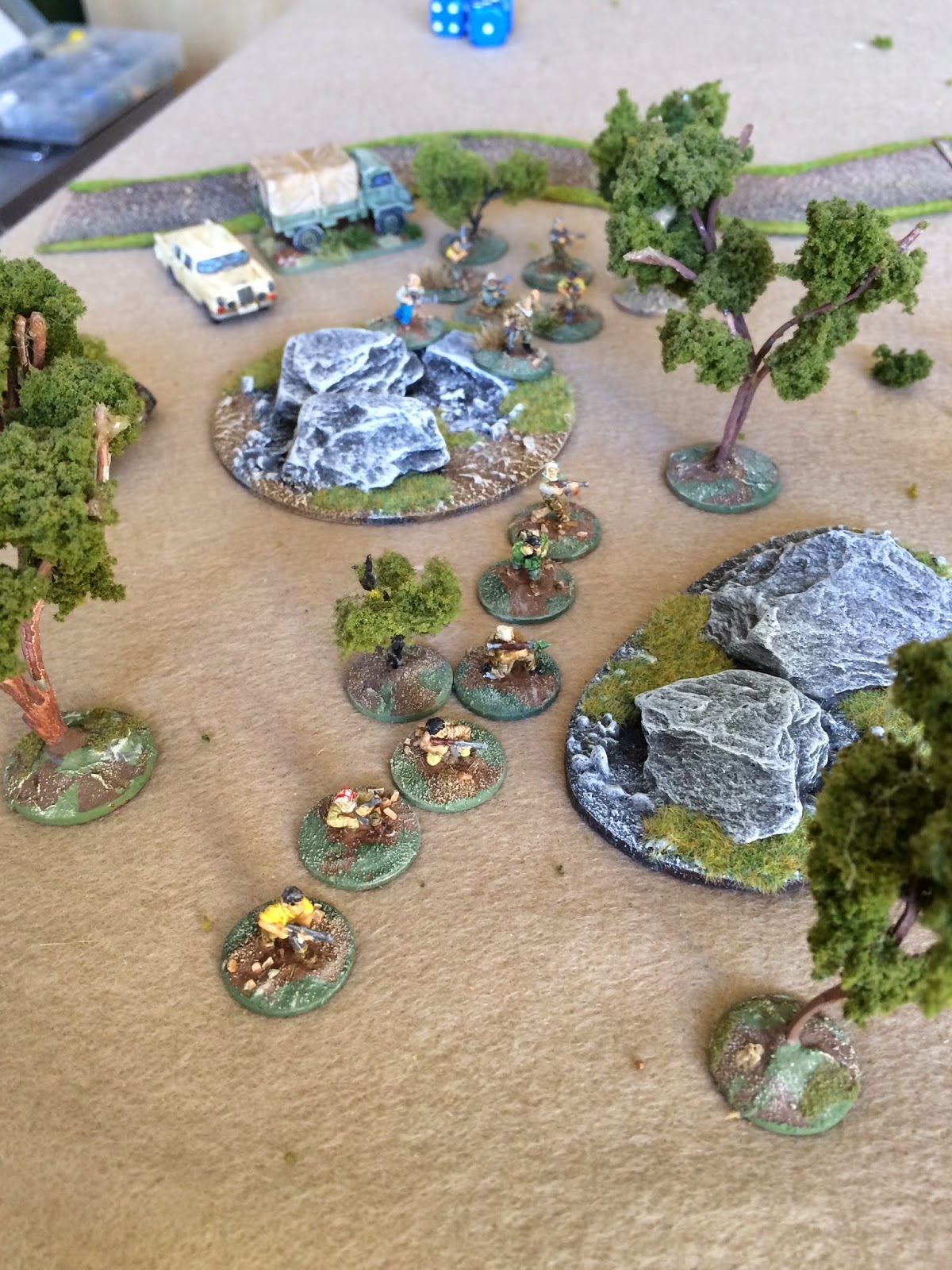 The sheep keep on grazing. 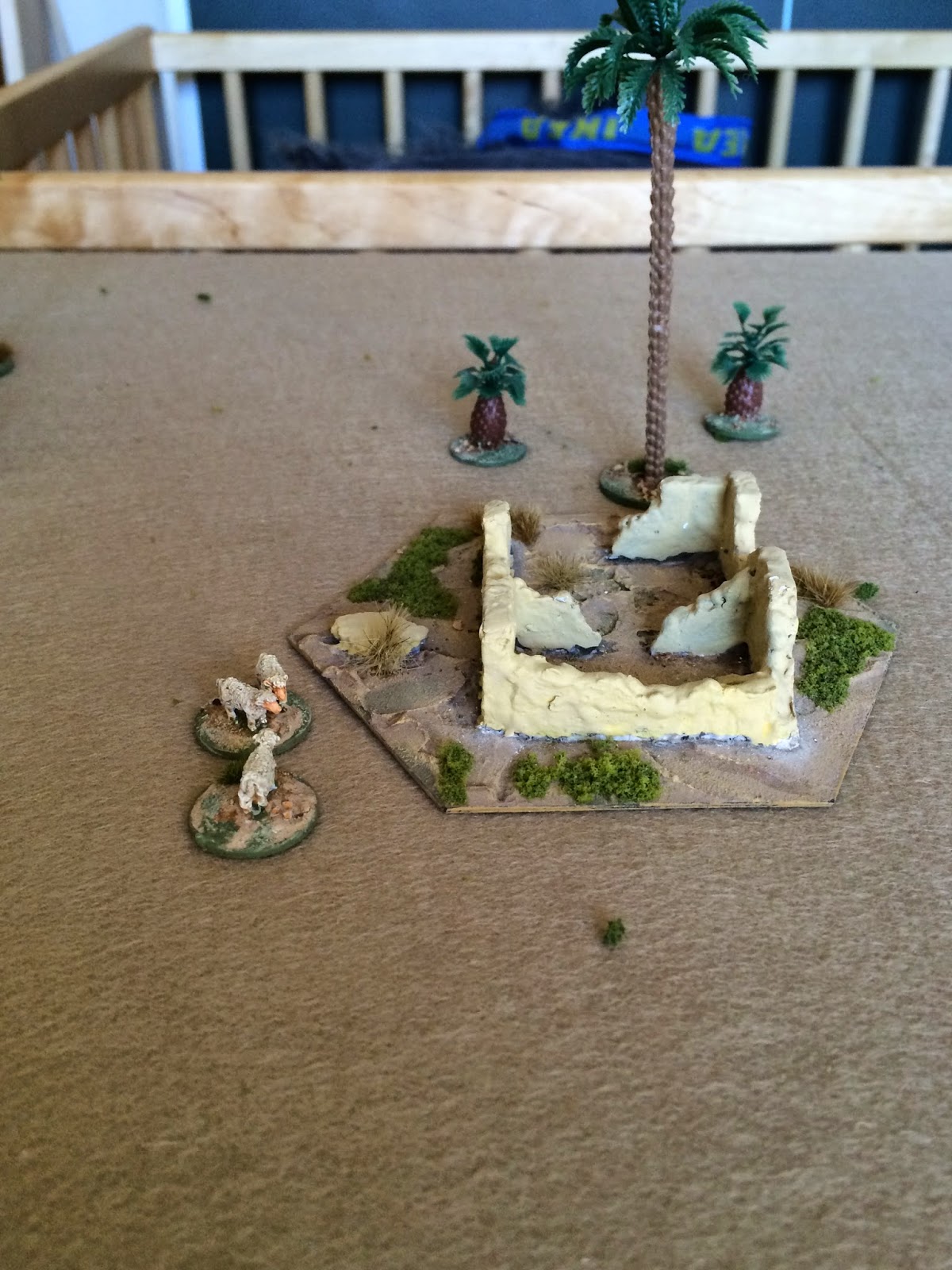 OMG they brought along a tank. 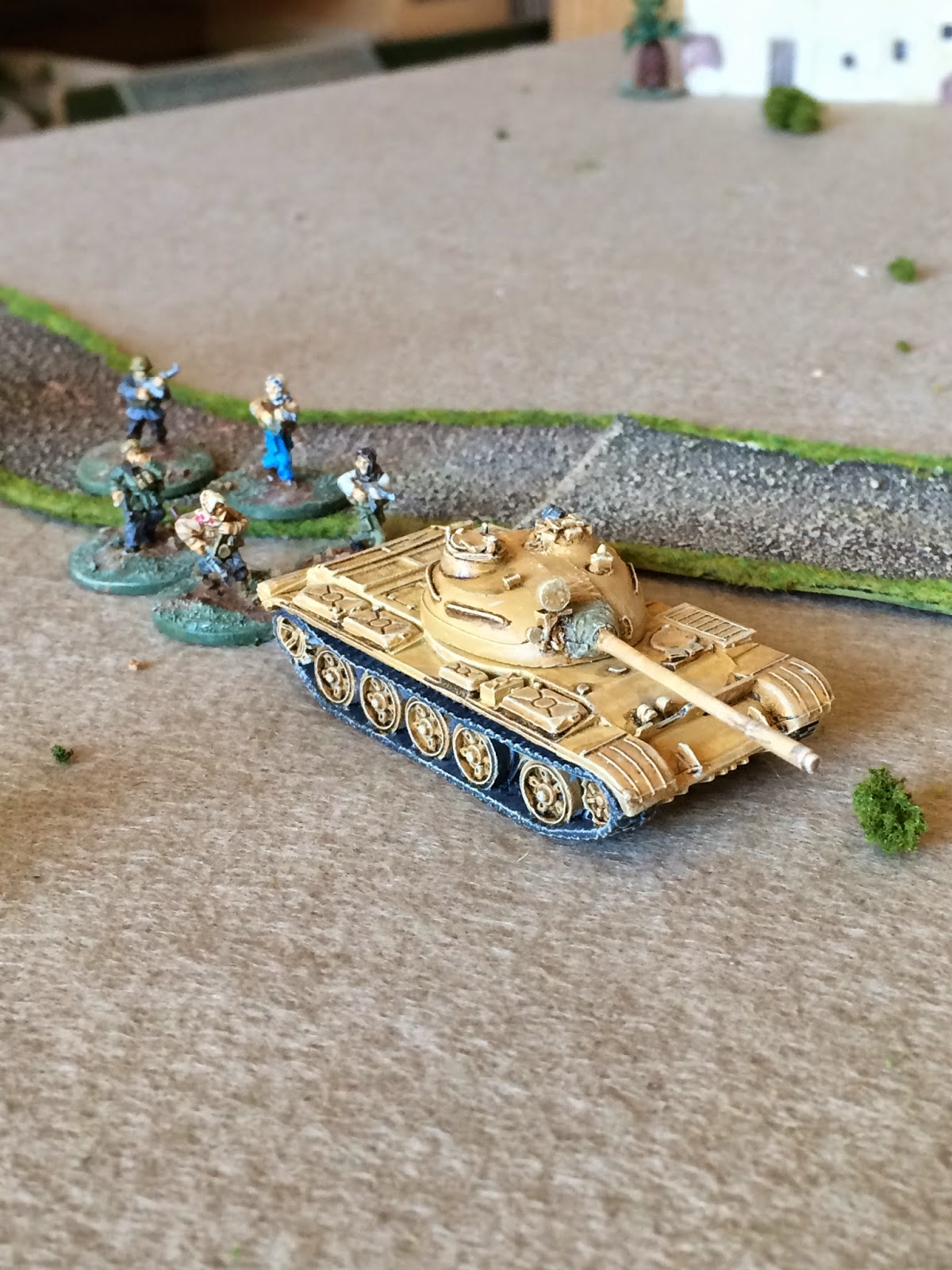 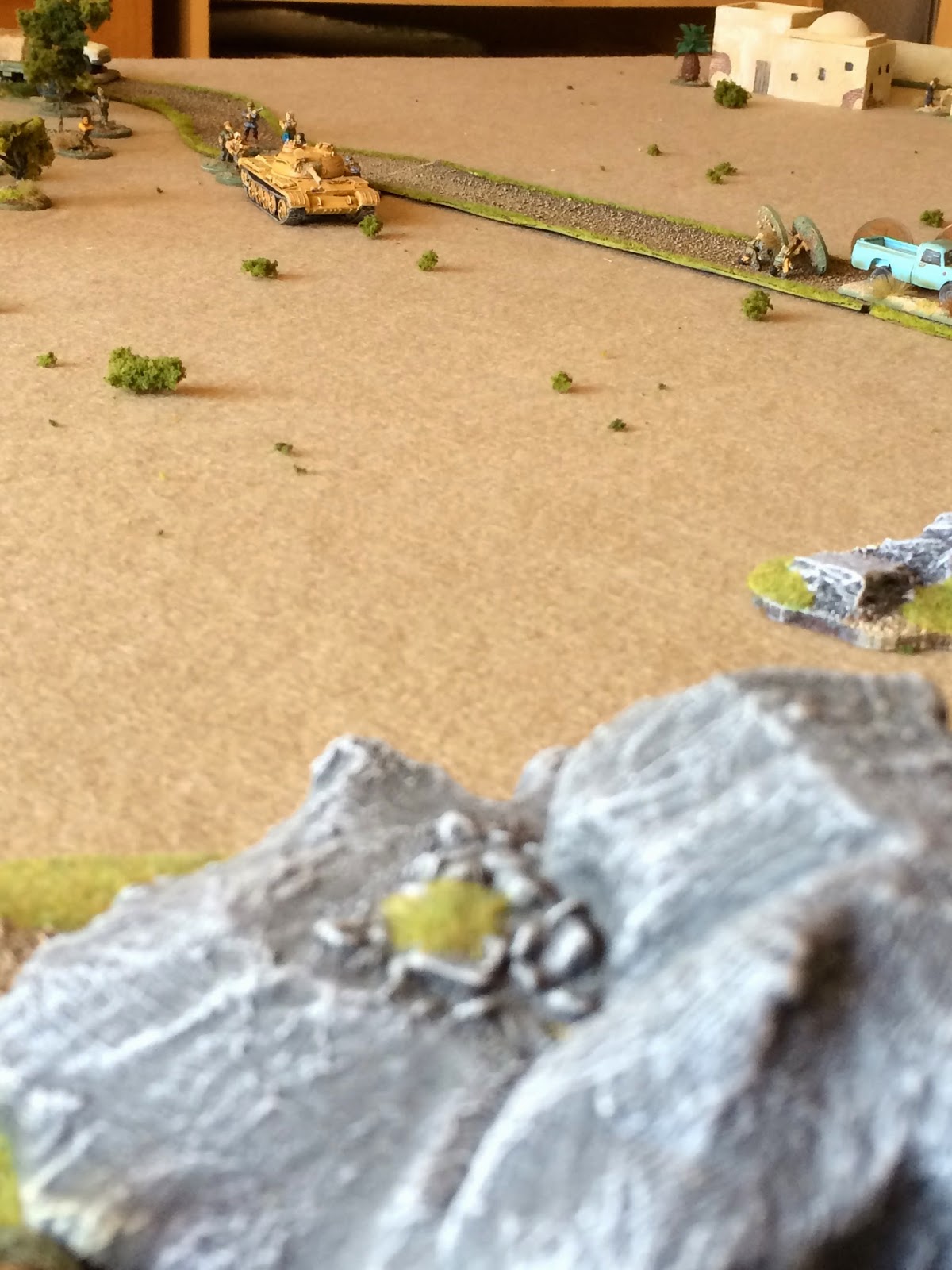 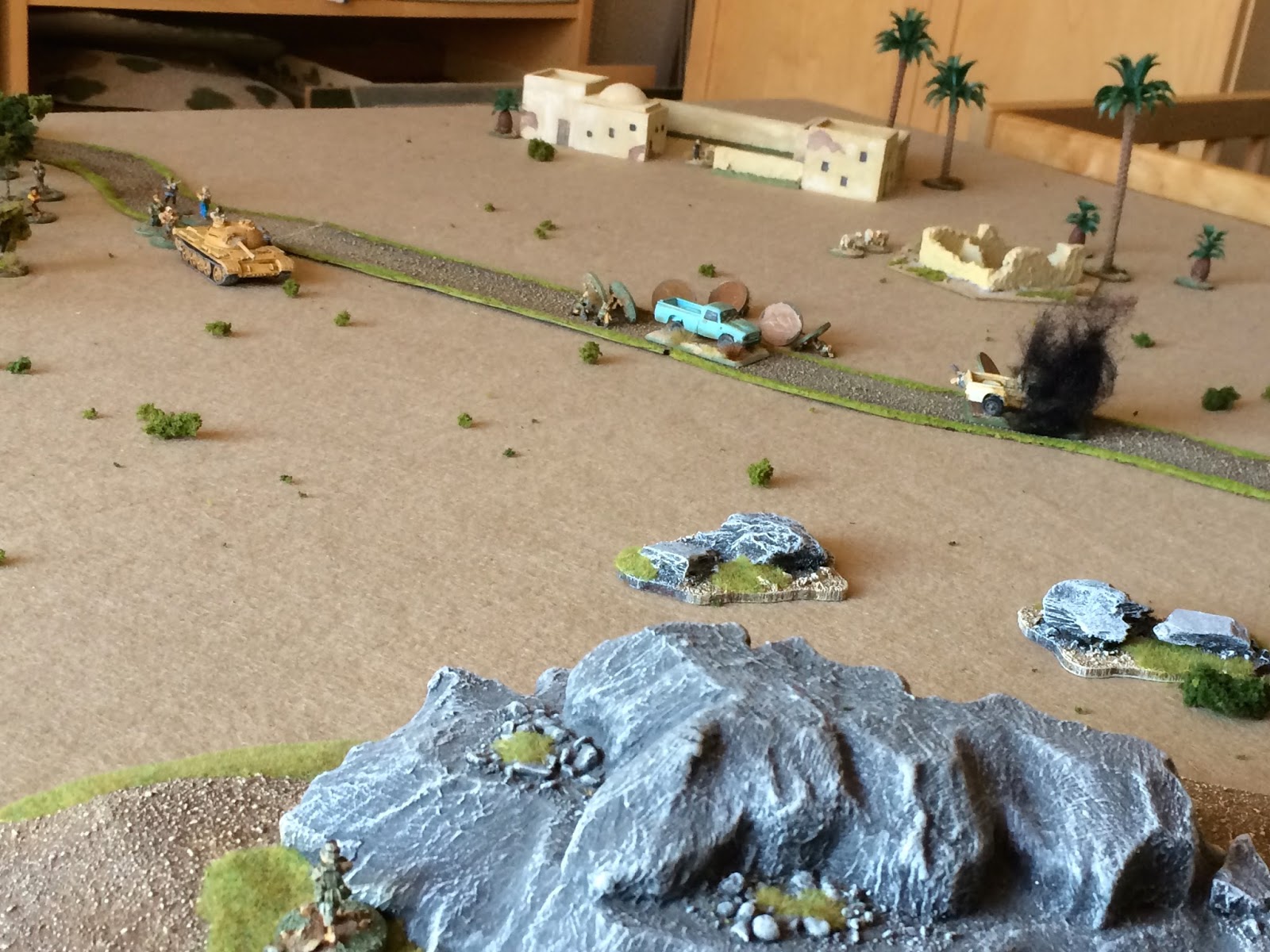 The marines move fire team 2 to safety while team 3 inflict casualties on the insurgents around the pick ups. Fire team one move engage the insurgent reinforcements.

The game played out with the marine firepower whittling down the insurgents. The captured government T55 with untrained crew caused little damage. The marines won the day, slipping off the table after inflicting serious damage to the column.

This was a solo game played with the force on force rule set. I particularly liked the fact that emphasis is placed on the quality of troops rather than the equipment. This was evident when the insurgents turned up with a T55, which with untrained crew was surprisingly ineffective.
Posted by Anthony Hobbs at 17:58