Game length: 12 Turns or until one side breaks.


Having moved forward during the night, the two infantry units may set up within 40cm of eastern edge of the board. Armoured units use mobile deployment from turn one. 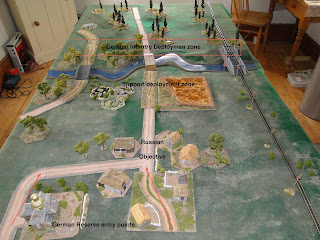 
Infantry must setup East of the river.

Delayed Reserves may enter from move 4 any road on western edge, use mobile deployment rule. 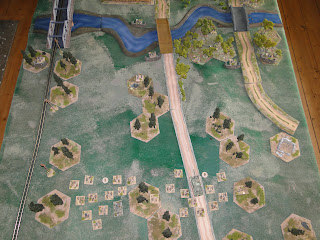 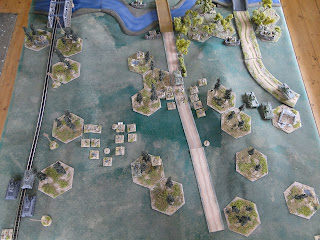 Kv 1s on the right flank forge ahead, while on the left flank the T34s only get 1 manoeuvre. 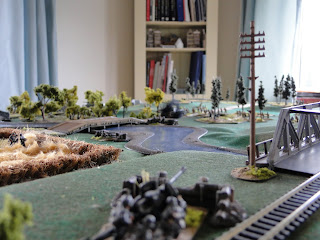 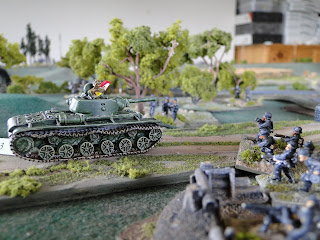 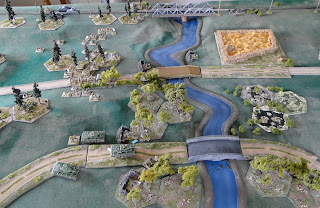 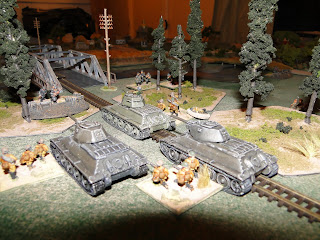 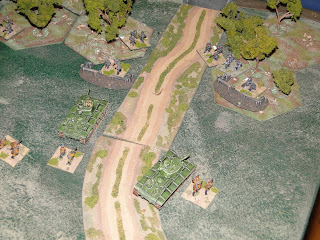 KVs lose 1 tank for little impact on the enemy.

The entrenched German infantry are a lot tougher than I thought.
Move 4.
No progress for the Russian forces and German reserves turn up on time. 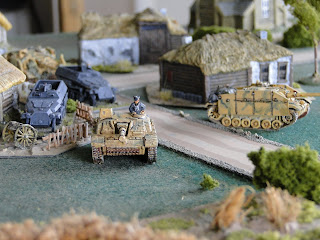 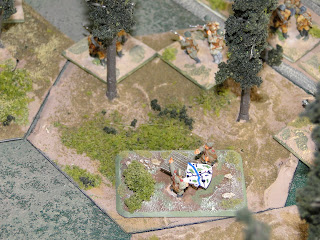 The Soviet CO demands all out attack. 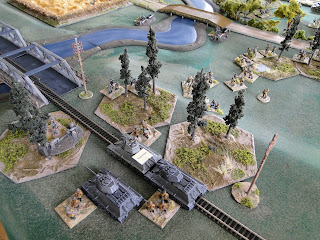 Each attempt on the left flank to cross the bridge is met with accurate pak 40 fire and a suppressed T34. 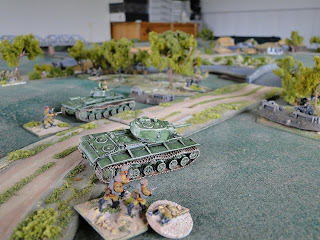 Tank riders are suppressed and killed then one more KV is knocked out.

By the end of move 7 the Russian infantry had cleared most of the German infantry on the left flank and the centre. On the right flank the KVs were down to one tank and no tank riders.
Moves 8 and 9 were a disaster for the Russians only succeeding with two manoeuvre checks.
With only 3 moves left to capture the village I conceded defeat to the Germans ( me also ).
Lessons learnt: Trenches are a bitch!
Posted by Anthony Hobbs at 09:33